Friends of the Reford Gardens - Presentation 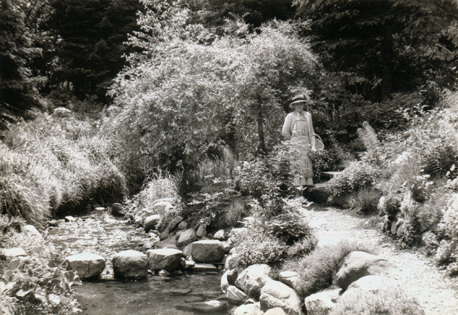 The organization is active in promoting tourism, economic development and employment creation in the region and is one of the leaders in the tourism economy in Eastern Québec. Les Amis des Jardins de Métis actively solicits contributions from public partners and private donors to support its special projects and annual programs.


Since 1962, more than 5 million visitors have enjoyed the beauty of the historic gardens and contemporary installations exhibited at the International Garden Festival. With its botanical collections, heritage buildings, the International Garden Festival and its exceptional site on the shore of the St. Lawrence and the Mitis River, Les Jardins de Métis is one of Canada’s leading cultural destinations. They are considered one of the “great gardens” of North America and were voted the “wonder” of the Lower St. Lawrence region in 2012. In 2014, the gardens were named “Garden of the Year” by Canada’s Garden Council and were again granted the coveted “Five Blooms” following an evaluation by Communities in Bloom this summer.

Les Amis des Jardins de Métis has a board of six members. The board includes members of the Reford family, representatives of Les Ateliers Plein Soleil of Mont-Joli, and members from the community.

Les Amis des Jardins de Métis is incorporated in the province of Québec. Its head office is in Grand-Metis, Québec.